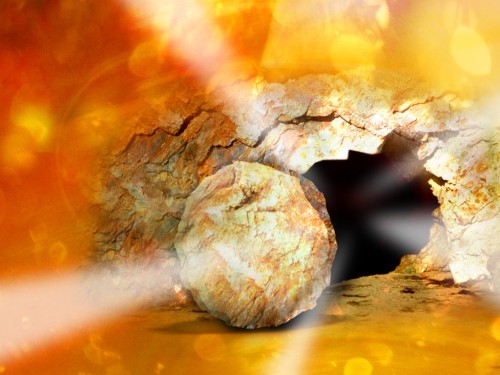 Low in the Grave He Lay

Always, on this day the words of the old hymn float continually through my mind, “Low in the Grave He Lay.” In the Christian community we commemorate the events leading up to the resurrection during the time of Lent and Holy Week. For me, it is a time of constant meditation and consideration as my memory goes over and over these events in the life of Jesus while, at the same time, observing the events in the present world around me.

I was born in 1942 so the nation of Israel that was reformed after World War 2 in 1948 has always been a part of my conscious life. The world is celebrating right now a negotiated deal with Iran that would prevent them from developing a nuclear weapon during the next 10 to 20 years. What will happen after that? What will continue to happen secretly? What is the advantage of a 10 to 20 year moratorium on the development of a nuclear weapon by a country that has vowed to wipe Israel off the face of the earth with the purpose of bringing about the end of the world? Isn’t it obvious that a people who live by a belief system that is eternal will not see 10 or 20 years as even a bump in the time continuum?

Among other events in this world full of hate is an event in Kenya where radical Muslims from al-Shabab in Somalia have killed 148 in Garissa University College in northeast Kenya. According to accounts by survivors these extremists particularly targeted Christians while allowing some Muslims to survive. In one account it was claimed that a prayer group gathering of Christians was known and targeted by the assailants. Since the attack al-Shabab leaders have threatened to continue attacks in Kenya turning the streets of the cities in Kenya red with blood.

In his Good Friday message Pope Francis mentioned the persecution of Christians today around the world. The attack by al-Shabab in Kenya is one example of such persecution. In this time of contemplating the time that Jesus lay in the grave after giving His life so that our sins could be washed clean by His blood it is difficult to see such prophecies of Jesus come true. We would much rather see the religious celebrations on Easter morning. One of the difficult words of Jesus is found at the conclusion of the Beatitudes:

“Blessed are you when people insult you, persecute you and falsely say all kinds of evil against you because of me. Rejoice and be glad, because great is your reward in heaven, for in the same way they persecuted the prophets who were before you.” (Matthew 5: 11, 12 NIV)

As Jesus’ body lay in the grave waiting the resurrection on Easter morning we remember His words from the cross, “It is finished.” Jesus had entered His glory because He had finished His assignment. He had accomplished all that the Father had given Him to do. We must now envision Jesus as John saw Him in Revelation:

“I turned around to see the voice that was speaking to me. And when I turned I saw seven golden lampstands, and among the lampstands was someone like a son of man, dressed in a robe reaching down to his feet and with a golden sash around his chest. The hair on his head was white like wool, as white as snow, and his eyes were like blazing fire. His feet were like bronze glowing in a furnace, and his voice was like the sound of rushing waters. In his right hand he held seven stars, and coming out of his mouth was a sharp, double-edged sword. His face was like the sun shining in all its brilliance.” (Revelation 1: 12 – 16 NIV)

Or maybe we should follow the vision of John before the throne to the One found worthy to open the seals of the scroll:

“Then I saw in the right hand of him who sat on the throne a scroll with writing on both sides and sealed with seven seals. And I saw a mighty angel proclaiming in a loud voice, `Who is worthy to break the seals and open the scroll?’ But no one in heaven or on earth or under the earth could open the scroll or even look inside it. I wept and wept because no one was found who was worthy to open the scroll or look inside. Then one of the elders said to me, `Do not weep! See, the Lion of the tribe of Judah, the Root of David, has triumphed. He is able to open the scroll and its seven seals.’” (Revelation 5: 1 – 5 NIV)

Jesus has finished the work. Jesus has died as the Lamb of God who takes away the sin of the world. We await for the stone to be rolled away so that we may see His glory. The evil one still attempts to destroy the work of God in the world today. But the eyes of faith see the glory of God revealed in the triumph of Christ over sin, the world, and the devil.